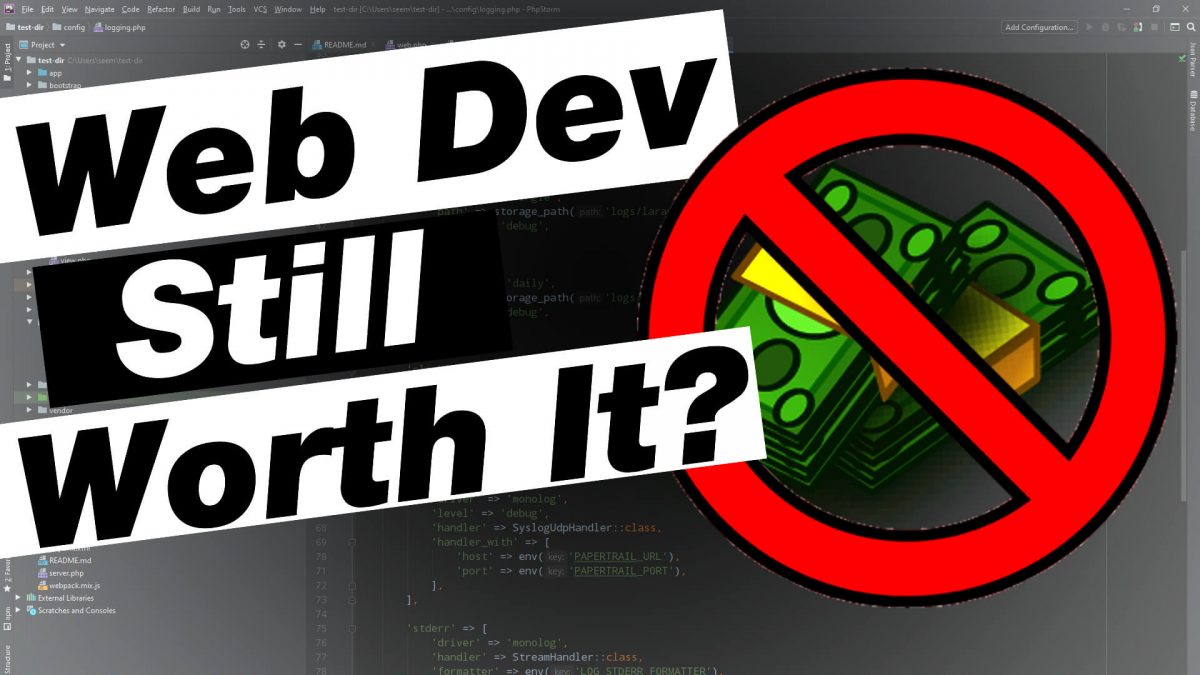 Are sitebuilders like Squarespace and Shopify or content management systems like WordPress going to kill web development?  Checkout the video continue reading to find out more.

Hey guys, this is Nick from Mobile Code Media.  So today I want to give you my answer on whether or not sitebuilders like Squarespace and Shopify or content management systems like WordPress are going to kill web development.  Back during the dot com boom, you could charge people hundreds of dollars to build a simple html website that only had a few pages, and this was when the dollar was worth more, back when lunch cost $3-$5 and wasn’t $8-$10 like it is now.  Companies were desperate to get websites and not that many people knew how to build them. Whenever you’ve got heavy competition for labor and a limited labor pool, then the price is going to go up. We had the dot com crash and everything eventually normalized, and WordPress really started getting popular just before the 2008 crash, especially after widgets were added.

Sitebuilders were still pretty clunky back then, but we eventually got things like Shopify, Squarespace, Wix, Facebook pages, and WordPress became even easier to setup, manage, and use.  So now the average person, with a tiny bit of work, can get a site spun up in no time, have it look good enough, and be online. So are these sitebuilders killing web development? They are not, because the people that use sitebuilders aren’t the kind of clients that would be paying much for a website anyway.  Companies tend to run setups that need customization. Magento, for example, allows companies to create an online store and it has a ton of functionality, but check out what Magento developers (written in PHP) make. They make good money because companies need those niche developers to customize their sites and shopping experience.  Let’s check out some Magento modules that exist:

One of the hardest parts of running a business is getting potential customers to know that you even exist.  So CRMs, SalesForce being one of the most popular, allow you to manage your connections and sales prospects.  Developer roles exist for that:

Show this before talking next:

If you ever end up freelancing, you’ll find that the client that only wants to pay your $100 for your work is ironically much more demanding than the one that pays you $5,000.  That $100 client is running a very tight ship and is often going to make a long list of demands and ask for lots of revisions, as well as sometimes pay you late. The $5,000 client is more liquid, pays on time, and tends to have a much more structured approach.  Sitebuilders aren’t making the work disappear, they’re just changing it.

People have been saying that computers were going to steal all of our jobs since the 1960s.  And after the dot com bust, people were saying that all of the jobs were going to go to India.  It’s really really hard to predict what might happen, because so many new things are coming out that disrupt the old trend and make a new trend entirely.  So is the work going away? It is not, but the work is changing and will continue to change. The people using those tools exclusively probably didn’t have the cash or want to spend it anyway, since their need is limited.  Companies that are trying to make a major impact on the market are in dire need of customization and help using the latest tools to make sales. So don’t be scared, but be on the lookout for change and adapt as you see the market ebb and flow.

So I know that we’re all software developers or developers in training, but it’s important to get up every now and then from your desk or cubicle and stretch or get some fresh air.  Life is short, so enjoy it. If you found this content helpful, I’d appreciate a like and hope that the information that I gave you have earned your subscription. This is Nick from Mobile Code Media, and I’ll see you next time.